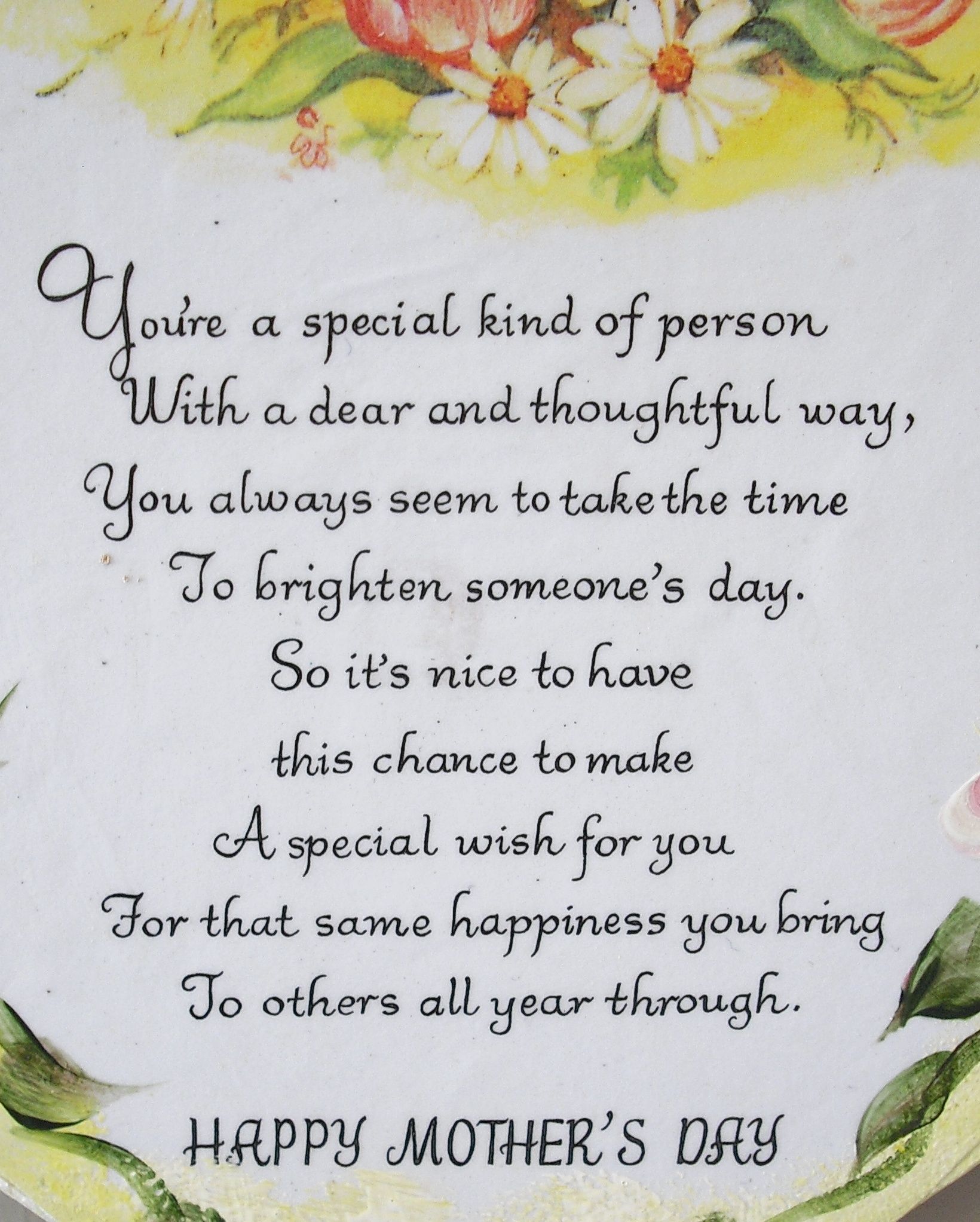 The above poem says it all that a mother should be.  A mother is a special type of woman.  She’s not perfect, but tries as hard as she can to take care of the people in her realm of influence, to protect them from the outside as much as they can, and to teach them everything that their charges need to know to succeed in the world today.  Some say that God shows His earthly love through Mother’s.  I can happen to agree in most cases, but there are some cases where that is not the case I am afraid to say.

In the world today, A woman has to fill so many roles in the family  and in Society.  She is a woman of many talents. She is not only a Mother to the children, but sometimes a part time or even full time Bread Winner trying to bring in money for the family to live on, Family Schedule Keeper and Organizer, Meal Planner and Chef to shop for food and prepare that said food into good (no great) dishes that  EVERYONE likes {if that is even possible}, a Scholar in furthering her degree in college or any training at all, and lastly and not least being possibly a Wife to her husband and keeping him happy.

The first mother was Eve as shown in Genesis:

because she would be the mother of all who live.”

The next big thing of Mother’s of the Bible are shown in the Ten Commandments in Exodus:

“Honor Your Father and Mother, Then you will live a long ,

full life in the land the Lord Your Go3d is giving you.”

There are several Proverbs about Mothers even.

“My child, listen when your father corrects you,

“A wise child brings joy to a father;

a foolish child brings grief to a mother.”

NOTE: Both JOY and GRIEF happen to each parent. The distinction is simply a poetic device.”

“Listen to your father, who gave you life,

and don’t despise your mother when she is old”

“Some people curse their father,

and do not thank their mother.”

will be plucked out by ravens of the valley and eaten by vultures.”

In Matthew, Jesus talks about who is His True Family-

As Jesus was speaking to the crowd, his mother and brothers stood outside, asking to speak to him?”.

Someone told Jesus, “Your mother and your brothers are outside, and they want to speak to you”

Jesus asked, “Who is my mother? Who are my brother?”

The he pointed to his disciples and said, “Look these are my mother and brothers.

“Anyone who  does the will of my Father in heaven is my brother and sister and mother!”

Jesus includes everyone who is doing the Father’s Will as part of His family so we are all connected in a spiritual way as well as our physical families.

Happy Mother’s Day.  God Bless All You Mother’s out there.  Take care and I’ll talk to you later.

I love you, MOM!!!  I dedicate this post to my mother, Gail Elizabeth Brenkert.

This site uses Akismet to reduce spam. Learn how your comment data is processed.