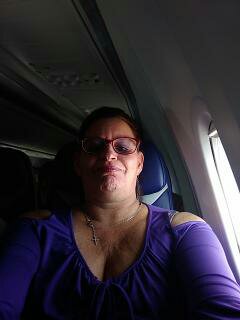 Since the last journal entry was about my PTSD I thought that this one should be about my Diagnosis.  I was first diagnosis Manic Depressive when I was 22, which was a long time ago. More than half my lifetime to tell the truth. At first it was all depression. I was not sleeping at all. then crashing for a day or two then back up for an entire week before crashing once again. This was not good for me or my new husband. It didn’t help that he was in the Navy and working a job that kept him away from the house 16 hours a day every day for 7 days straight with varying breaks depending on shift that he was working on that week. I was left alone at the house with no one. He was a student Naval Officer so there was no Wives Club, yet. By the time he got home all he wanted was food and sleep and get up and do it all over again the next day.

The first thing they tried to straighten out was my sleep because without good sleep your moods are going to be out of whack anyway. The problem was that my body was adjusting to the medications too fast and they would stop working and I would stop going to sleep. Then we had to move and it was another doctor and different medications.

You see as with any mental illness, getting the medication right is a hit and miss, trial by error situation. You start off trying this and seeing if it works and adjusting as you go along. some medication will work on one patient, but not on another because we are all different. I cannot tell you the number of medications that I have been on since I was first diagnosis. It would blow your mind. And this is the longest I’ve been on the same medication in a while, 8 months with only a change in dosage.

When the Doctors On High changed Manic Depressive to Bipolar I where was no II at the time and it said that you had to be Manic (not happy but very active in the mind and body) for days . I was Manic for hours not days but mostly depressed with trouble sleeping so they changed my diagnosis to Major Depressive Disorder (MDD). Between all the moving around as a Naval wife, then the divorce and moving and marriage, and divorce, and marriage and divorce and moving around all the time and having had several doctors and a whole lot of medication, It’s a wonder I’m not dead yet! LOL

About two years ago my then doctor for some unknown reason yelled at the top of her lungs to me that I was no longer MDD but Bipolar II, PYSD, and schizoaffective and she never wanted to see me again. She gave me enough medication for three months which gave me enough time to find another doctor. Schizoaffective is schizophrenia with a mood disorder like mania or depression. I finally found the doctor that I now have and love. He lets me have an active role in my illness instead of just telling me what medications to take, I tell him what’s going on and he gives me options and let’s me choose for myself. This is a first and I like it. After a while seeing him, I asked if he really thought I was schizoaffective and he agreed with me that I was not schizoaffective because I didn’t have the hallucinations and delusions of schizophrenia. I know about schizophrenia because my mother has it. But he would not change what another doctor had done. So I guess I’m stuck with it.

Bipolar II is a form of bipolar disorder characterized by depressive and hypomanic periods. Hypomanic periods are at least four days of either elevated moods or irritable mood with periods of pressured speech, inflated self-esteem or grandiosity, decreased need for sleep. It is less severe than mania. It has similar symptoms with elevated mood and increased activity. Hypomania is a pleasurable state. It many confer a heightened sense of creativity and power. It can be hard to diagnose be it masquerades as mere happiness. Because it is an important part of the Bipolar disorder, it may cycle into depression.

This site uses Akismet to reduce spam. Learn how your comment data is processed.